Well done to our Year 6 Boys (Peter S, Joe G and Nathan P) gymnastics team who took part in the Auckland Champion of Champions Gymnastics competition last Thursday. The team came second equal overall in a competition that included the top schools from all over Auckland. This was a great result. Well done also to Joe who finished 11th overall individually and Peter who finished 7th.

Well done also to Brooke S who competed at the Year 5 girls Champion of Champions competition. She was competing due to her high placing at the recent Remuera Zones competition and also performed extremely well. 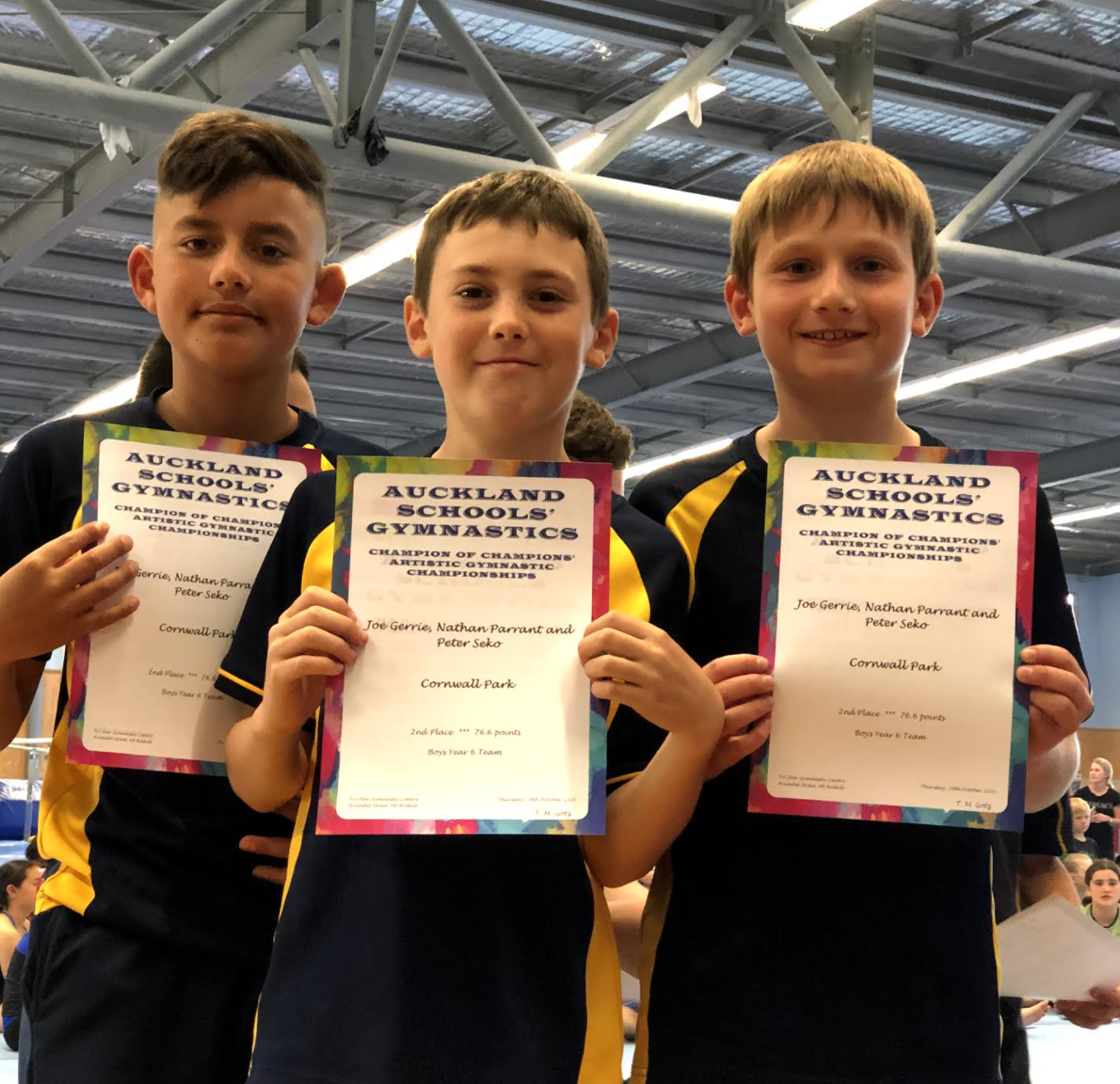