On Thursday 8 April we held our Year 5/6 Triathlon. Luckily it was a hot and sunny day and we had some very exciting races that involved a bike, a run, a swim and a small run to the field to finish. Well done to the following placegetters. 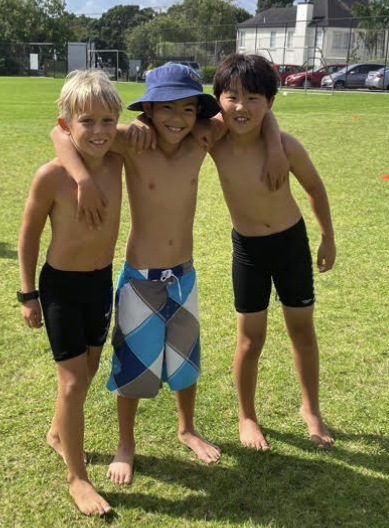 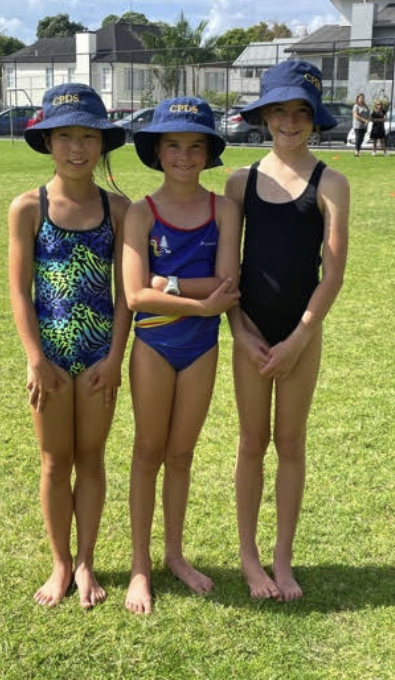 On Tuesday,  a number of Year 5 and 6 children represented our school at the Summer Field Day in Cricket, T-Ball and Tennis.

CPDS Tennis Team Y5 and Y6 doubles teams had a fantastic day playing at the Summer Field day tournament in Auckland’s Saint John’s Netball centre this week. All CPDS children had a great time. It was excellent to see good sportsmanship from all schools.

T-Ball was an amazing experience and a lot of fun.  Most of the students had never played T-Ball before and were very excited to be a part of the tournament which was held at Karaka Park, Ōnehunga.   Cornwall Park Yellow and Cornwall Park Blue were made up of a mixture of Year 5 and 6 boys and girls.  They played five games each against a range of different schools in the cluster. Both teams tried their very best and we were extremely excited to find out at the end of the tournament that both teams had won all their games. Thanks to the parents who helped out on the day and who were great supporters for our school.

Our cricket team played two exciting games, one against St Kents Blue and the other against St Kents Red. Their first game was an exciting win by only 6 runs. They lost their second game chasing a big score set by St Kents Red.  All of our team had a great day and they even had a barbeque lunch between the two games. Thanks to all of the parents who came and supported our team with a special thanks to Andrew Bason and Russell Hardie who coached our team as well as providing the umpiring and scoring on the day.

As the netball season is fast approaching, we are calling for registrations for netball teams.  …

As the netball season is fast approaching, we are calling for registrations for Year 3/4…

Practising with the Blues

This morning, some of our Year 5 and 6 students were lucky enough to train…