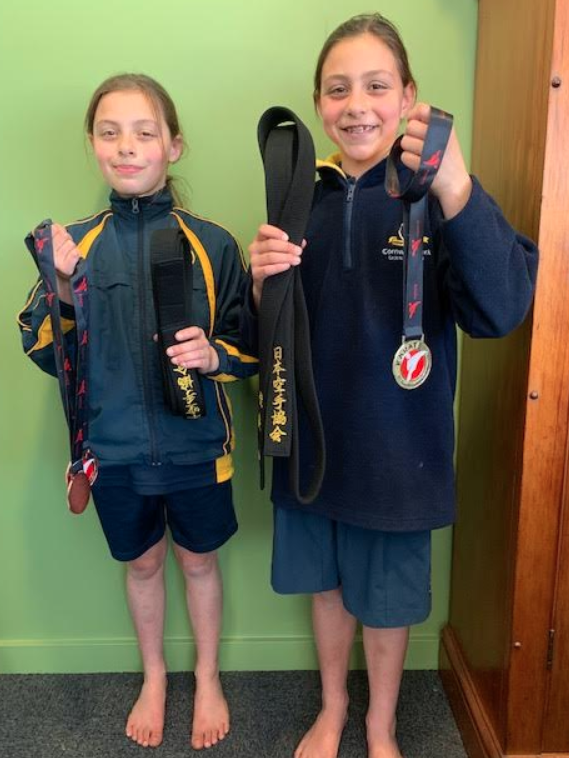 In the last holidays the Karate NZ National Champs were held which covered all styles of Karate.

They have also been training over the last 18 months towards their Shodan (Black-belt) in Karate, and in which they are assessed by judges including a Sensei who comes over from Japan and the Head Sensei of JKA NZ, as as you can see from the belts they are holding they were successful. I am very impressed as this is not an easy feat.
They also found out on Sunday that they have qualified to go to the JKA Junior World Champs next year held in Japan, where they will compete in their age group.

We are very proud of you both.  Well done!!!